Jugaadu's friend has sent him a letter informing him about a promotion in his company and that he is getting married soon. But Jugaadu didn't check his letterbox for so many days. Some days later, when Jugaadu's friend met Jugaadu and asked him why didn't he reply to his letter. Jugaadu replied that he didn't see the letter as he didn't check his letterbox because of no reminder. Jugaadu needs to solve this issue so that he doesn't miss any letter in the coming future? 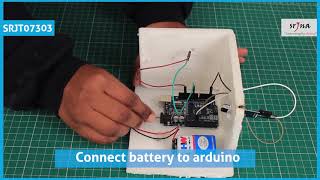